Indians absolutely adore their cricket, and they have the utmost respect for the English because they know that without them then this game that is loved by billions across the world probably would not exist. Below we are going to take a look at how the Indian cricket team has fared against England over the years as well as which bookies are the best to bet on cricket. 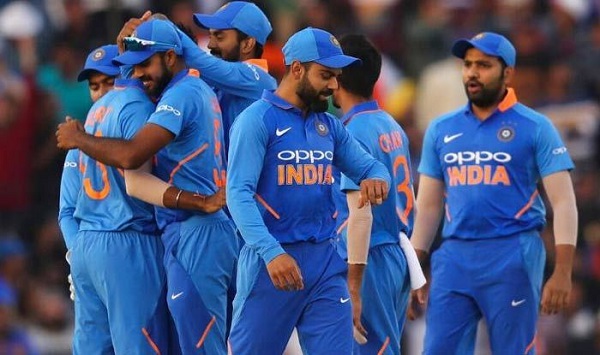 India have played England 122 times in Test cricket and have won 26 matches, lost 47, and drawn 49. Therefore, their win percentage against the English in test cricket is just 21.31%. Sachin Tendulkar is the Indian player that has scored the most runs against England in Test cricket, having notched up 2535 runs (7 hundreds and 13 half-centuries) at an impressive average of 51.73. Alistair Cook is the top English scorer against India, having scored 2431 runs (7 centuries and 9 half-centuries) at an average of 47.66. What about the leading wicket taker? Well, England’s James Anderson sits at the top of the pile with 110 wickets at an average of 25.98.

When it comes to ODI cricket, the two teams have met 100 times and India have won 53, lost 42, tied 2, and had 3 no results, giving a winning percentage of 55.67%. MS Dhoni has scored the most runs between these two sides, having scored 1546 runs (1 century and 10 half-centuries) from 48 matches at an average of 46.84. When it comes to the leading wicket taker between both teams, once again it is James Anderson who sits at the top of the pile. He played 31 matches against India and picked up 40 wickets at an average of 33.52.

What about T20I matches? Well, they have played each other 14 times and India have won 7 and lost 7, meaning they have a win percentage of 50%. India’s Virat Kohli leads the way when it comes to runs scored with 346 runs scored from 12 matches at an average of 31.45. Yusvendra Chahal is the leading wicket taker with 9 wickets at an average of 19.66.

Which is the Best Market to Bet On?

Both Indian and English cricket fans love to watch their teams play against each other, but there is something else that both sets of fans really enjoy doing and that is placing bets on cricket. Bookies know just how popular cricket betting is now, which is why any bookie worth their salt will offer a wide variety of cricket markets to bet on. All of the markets that are available will keep you highly entertained, but there are some that are more entertaining than others. For example, betting on a batsman to be the top scorer in a match or a bowler to pick up the most wickets in a game is a very exciting market. You will follow the player that you chose closely, and you can cheer every single time they score more runs or pick up another wicket. Furthermore, as this is not an easy type of bet to get right, you will often be rewarded with very good odds. Therefore, if Lady Luck is smiling on you and your bet comes true, you will walk away with a very tidy profit as well as hopefully a win for your team.

Best Bookies to Bet on Cricket

The last time that the two teams met was when they came up against each other in the group stage of the 2019 World Cup. India had guaranteed their spot in the semi-finals, while England needed a win to give themselves a chance of making it to the last four as well. England batted first and got up to a very good total of 337⁄7 thanks to a wonder century from Johnny Bairstow and half-centuries from Stokes and Jason Roy. Mohammed Shami was the pick of the Indian bowlers as he picked up five wickets for 69 runs from his 10 overs.

In reply, England restricted India to 306⁄5 despite a century from Rohit Sharma and a half-century from Virat Kohli. Liam Plunkett was the pick of the English bowlers as he picked up three vital wickets for 55 runs. Chris Woakes also chipped in with two wickets, including that of Sharma.

Therefore, England won the match by 31 runs, which helped them to progress to the last four. Despite the loss, India still topped the group, but they were knocked out in the semi-finals by an inspired New Zealand. England destroyed the Australians in the other semi-final and won the final against New Zealand courtesy of a Super Over.